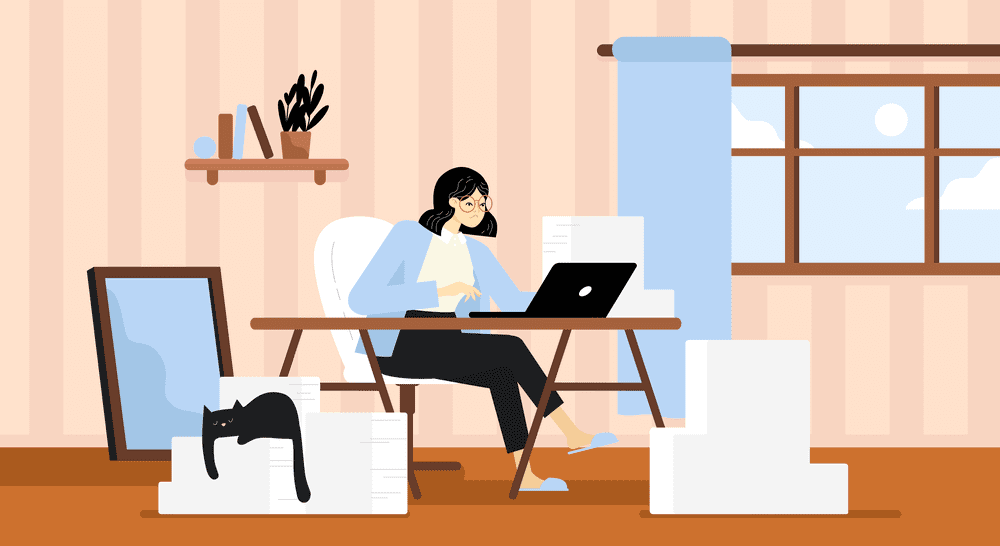 When most people think of the benefits of remote work, they tend to equate them with the employees, not the employers. And while there are certainly numerous advantages of telecommuting for your staff, as it turns out, having a remote workforce will greatly benefit you as the employer, too.

Here are just 8 of the many interesting benefits of having a remote and virtual workplace:

1. Your Staff Will Be More Productive

2. They Won’t Have to Commute

You’d be hard-pressed to find an employee who actually enjoys his daily trek into an office. It’s no fun starting your workday with a lengthy commute, crushed into a train car, smushed on a bus, or being jostled on a busy city sidewalk.

No matter the reason or how long someone has to commute, commuting contributes to workplace absences and decreased employee productivity. If that weren’t enough, employees who end up in an extreme commute (longer than 90 minutes each way) are more likely to quit their jobs. Allowing employees to work from home helps boost employee retention, which means less time and money you have to spend recruiting and training replacements.

3. They Can Handle the Unexpected

Speaking of employee absences, what happens to workplace productivity when several people are unexpectedly absent on the same day? Sure, everyone else picks up the slack, but then what? Are there lingering resentments? Is the entire office playing catch-up for a week?

4. Your Staff Will Be in Better Health

With more time in their workday, remote workers often incorporate more physical exercise into their day than office workers, who are either stuck in the office or commuting to and from their homes. Why does this matter? Well, a healthy workforce means a more productive one, with fewer personal days taken off to go to doctors’ appointments, or worse, an employee who might need to take medical leave or even quit because he can’t make it into the office anymore.

Even if your staff aren’t the exercising type, there are other ways your staff will stay healthy. Without that commute, people will improve their health without even trying. For example, when someone commutes more than 10 miles one way, they’re likely to have higher cholesterol levels, more likely to be depressed, and they increase their risk of a heart attack!

When you allow remote work, sick people won’t come into the office because “this has to get done,” or “it’s not that bad.” Letting people work at home when they are sick (and possibly contagious) but able to work means productivity doesn’t drop, because employees get work done without infecting the rest of the staff.

Having a brick-and-mortar office does not an eco-friendly office make. If you calculate all of the electricity being used to run the office, along with energy-guzzling office equipment, and money spent on office supplies like paper and ink cartridges, it’s actually the opposite of being environmentally friendly.

Employee commuting is the largest source of greenhouse gas emissions, according to the EPA. And, a study conducted by Global Workplace Analytics and FlexJobs found that the nearly 3.9 million remote workers saved 3 million tons of greenhouse gases from entering the environment.

Don’t forget that running an office contributes to pollution, too. Nearly 11.6% of greenhouse emissions come from office spaces. After all, you’ve got to keep the lights on, the computers running, and the coffee flowing. All of that requires electricity, and most companies can’t buy their energy from a green supplier.

Sure, you’d like to have your entire staff centrally located in one office, where you can watch them work, collaborate, and have face-to-face time with them whenever you want it. But all of that comes at a price, in the form of office space costs, office supplies, and equipment. Having a virtual staff virtually reduces all of those expenses to zero!

Consider this: in 2015, Xerox, which has allowed remote work for 30 years, found that allowing work-from-home saves nearly $10 million in costs a year. And, the Harvard study found that the Patent Office saved $38.2 million on office expenses.

If saving money on rent and overhead isn’t enough, why not add in salary savings, too. Another Global Workplace Analytics study found that 36% of employees would choose working from home over a pay raise and that 37% of technology professionals would take a 10% pay cut if they could work from home.

7. You Can Hire the Best No Matter Where They Are

One often overlooked benefit of remote work is that you aren’t bound by geography. In general, you can hire someone no matter where they live, which means you can choose from among the best employees in the world. And when you do find that perfect match, allowing remote work means you don’t have to pay for relocation expenses!

FlexJobs’ 2019 Super Survey found that 80% of employees would be more loyal if they had more flexible work options, including work-from-home options. When you give your employees the ability to customize their schedule so that they can better balance their professional life and their personal life, an interesting thing happens: they become grateful. In turn, their gratitude manifests itself in the form of loyalty towards the company. A loyal staff equals great productivity and decreased turnover, which, as any employer knows, is a great cost saver.

How to Work from Home Effectively?

Working from Home Tips You Can Do Right Now